Build Your Own Furniture with Aran Building Blocks 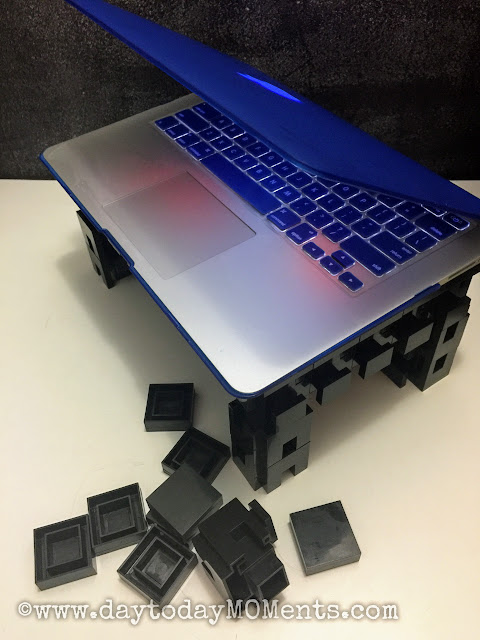 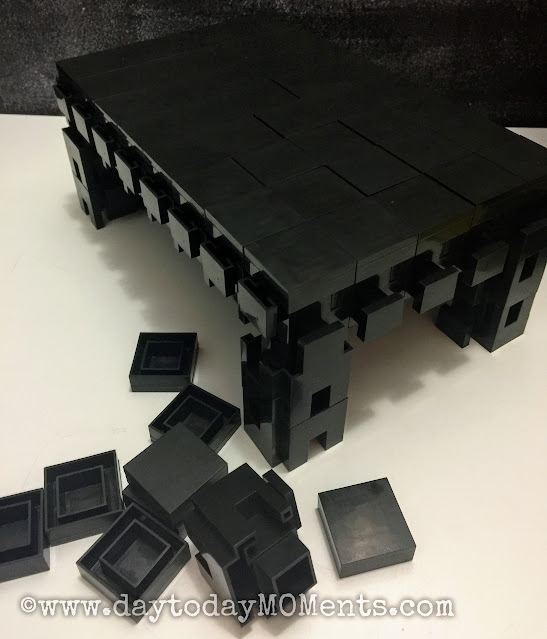 A while back I got an email telling me about these building blocks that you can make your own small or even large furniture with.  It is well described as what you would get if LEGO met IKEA, fell in love and had a baby.  That was all I needed to hear to peak my interest as we are huge fans of both.  The Aran Blocks, a patent pending building blocks system can be used to create strong and usable weight-bearing structures like a small laptop stand.  With more pieces it is possible to create bookshelves, and many other fun structures - the only limits being your imagination.  Easy to build with, perfect for the young and old. 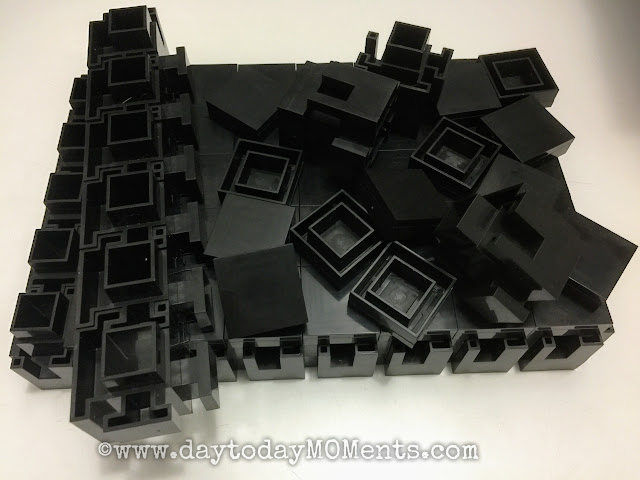 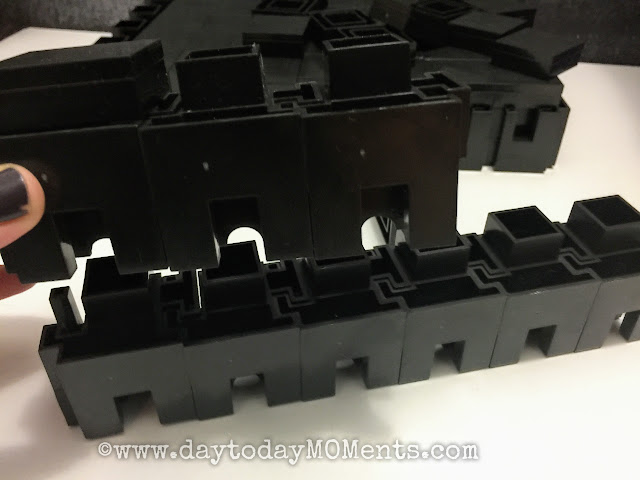 I was sent 48 Aran Blocks, which I then build a laptop stand with.  I followed the instructional video, and followed the images to build a fairly easy little stand.  It was easy to build and quite fulfilling to see the end result.  If you have a laptop that heats up, it actually comes in handy to place on top to let it cool. 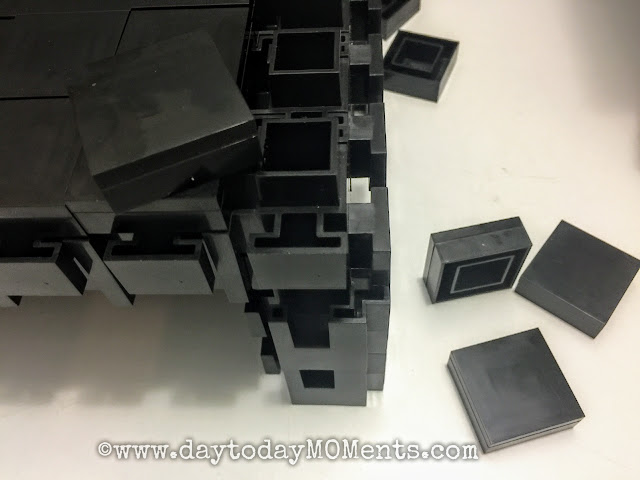 Since there isn't many different pieces it is super easy to build with.  The blocks slide/hook, and cover one another during a build. 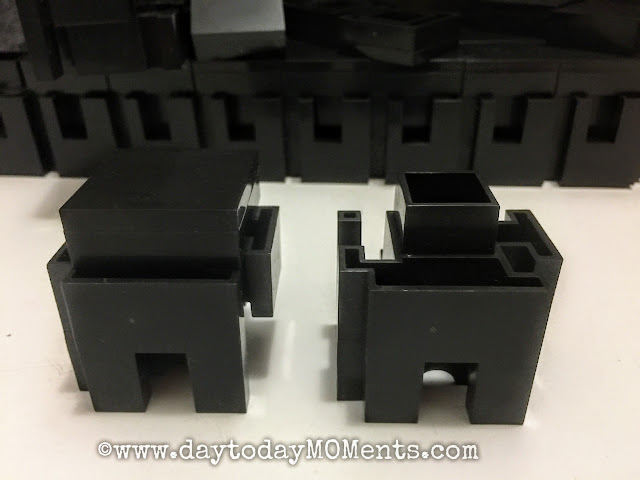 The whole building system involves only two unique shapes – the Aran Block itself and a separate cover piece. The blocks form the backbone of the system, which can be fitted into its counterpart blocks on all six sides, while the cover piece gives the top of the block a flat surface and also serves as a reinforcement for any structures designed with the blocks.

With the odd holes in the blocks after a structure is built allows for charging cables, stereo cords and the likes to be run through it making it perfect as stand, even for a television or other household electronic device. 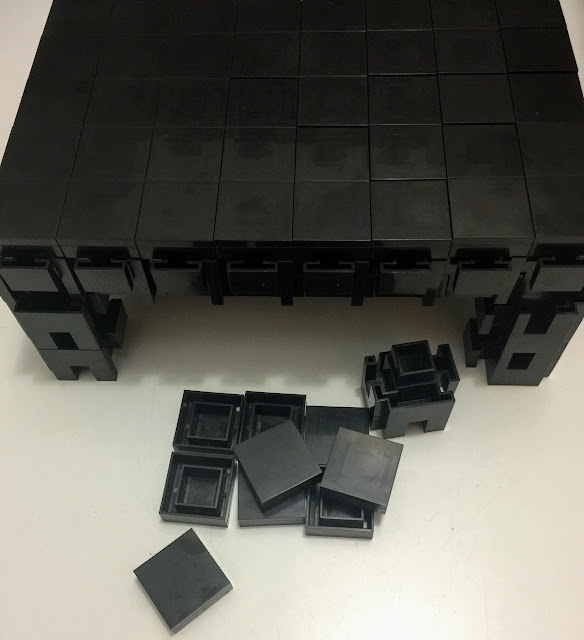 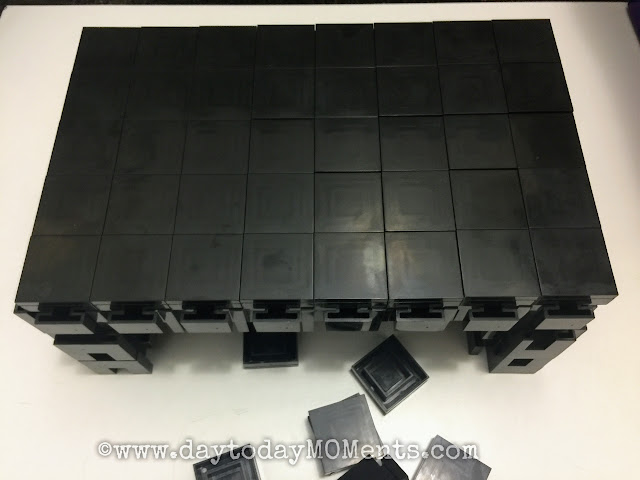 The story of how Aran Blocks is one I adore because the idea comes from a father, who was in a way inspired during a play session with his son.  The CEO of Aran Blocks, Anand Dorasamy got frustrated while trying to play with his son Aran's construction toys because they only fit vertically and found the structures build weren't strong or usable.  So he ended up with Aran's Blocks, perfectly named after his son.  These blocks are really just 2 pieces, that fit and connect on all sides.  The greatest part has to be that they are strong enough to bear the weight of an adult standing on it, as it is demonstrated in this video.  They are unfortunately far from their goal with a few days left but they have launched it's crowdfunding campaign on Kickstarter, it would be great to help a father out on this great product.  Aran Blocks are available at a discount throughout the launch crowdfunding campaign ending in a few days.
Visit AranBlocks.com for more information.
Posted by day to day MOMents