The app also launched on Android furthering the connection with fans digitally for Sanrio’s consumer products powerhouse. Millions of digital natives and other early adopters can now select from over 50 adorable animations and multiple upcoming themes to create and text unlimited customizable and socially shareable StoryGIFs featuring Hello Kitty and friends. 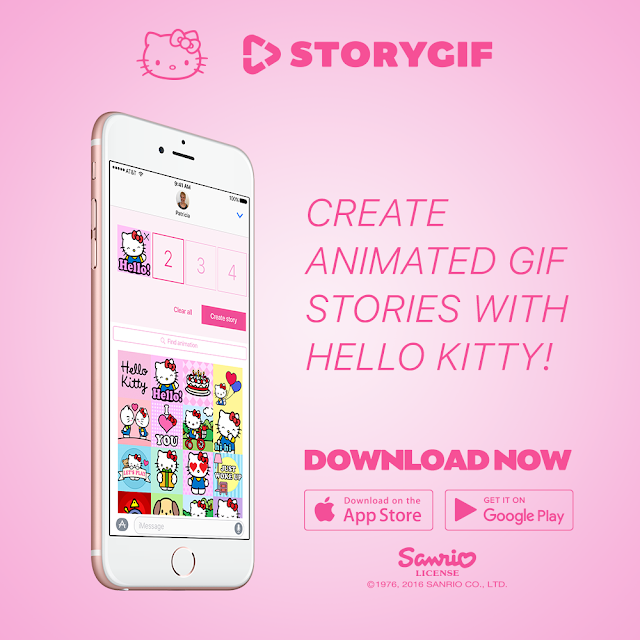 “Hello Kitty’s continued global allure to fans of all ages is astounding,” said Zoobe CEO, Naz Amarchi-Cuevas. “These quick-text GIF stories are snack-sized treats that bring Hello Kitty to life in a whole new way. They connect the brand via emotion and humor through playful story-telling with the expressive animations.”

Zoobe’s next Sanrio StoryGIF apps are expected to feature Gudetama, Mr. Men & Little Miss and Chococat in the coming weeks.  Each app will be followed by themed packs to further contribute to the story creation.

“This new StoryGif app by Zoobe is like nothing currently on the market,” said Egita Di Filippo, Head of Digital Content, EMEA for Sanrio. “We are excited to be on the forefront of a new digital movement with Zoobe, who is leading the way in the marketplace; bridging the messaging world, consumer products and entertainment. Our fans are already in love with the  Hello Kitty StoryGIF app, and having as much fun as we did in the development of it, by spreading our company’s motto “Small Gift, Big Smile!” through animations in their messages.”
-MORE-