The Ride NYC - The New Generation of Sightseeing #Review

*I received complimentary tickets to The Ride NYC, all opinions are a 100% my own.  No other compensation was provided. 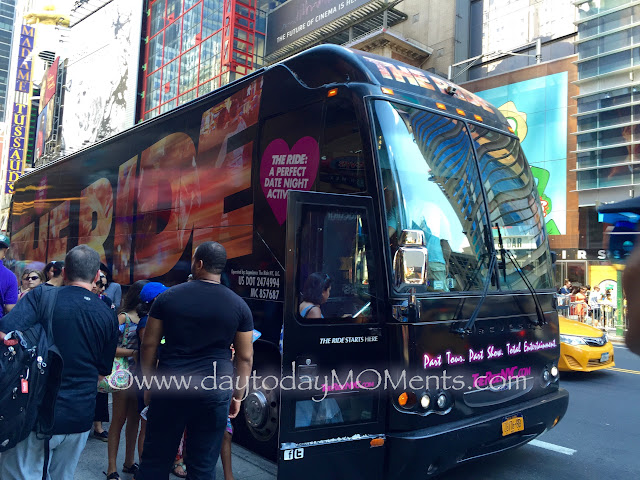 Have you taken a tour bus while visiting another big city before?  Ever done one in New York City? 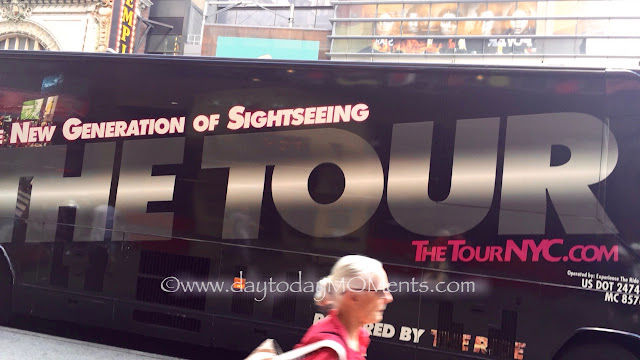 
Watch video above to see some performances!
Well, it doesn't matter
if you have or haven't because The Ride NYC is not like that.  It's a totally unique experience, an interactive experience where New York City streets are the stage for performers that will surprise you each time they appear.  Much like many New Yorkers, I was not interested when I first heard of it.  Most tourist attractions don't intrigue New Yorkers, in fact most of us haven't been to the iconic places that tourists travel from far to visit.  But despite that little fact, I will say The Ride was more fun than I imagined.  It is a 75 minute ride through Midtown Manhattan and Times Square aboard The Ride, a patented multi-million dollar motor coach with floor-to-ceiling glass windows and glass roof.  A "futuristic bus" as it would have been called a few years back, really one of a kind. 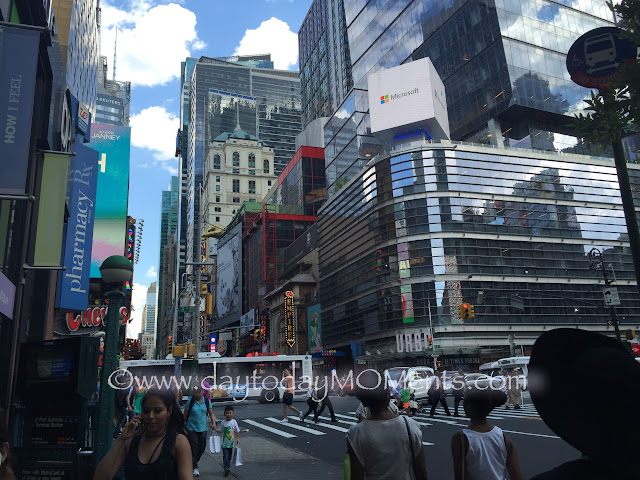 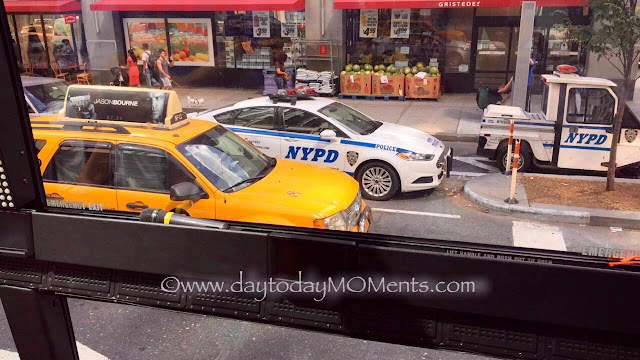 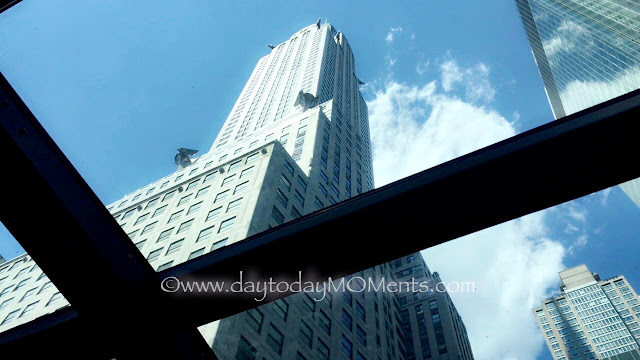 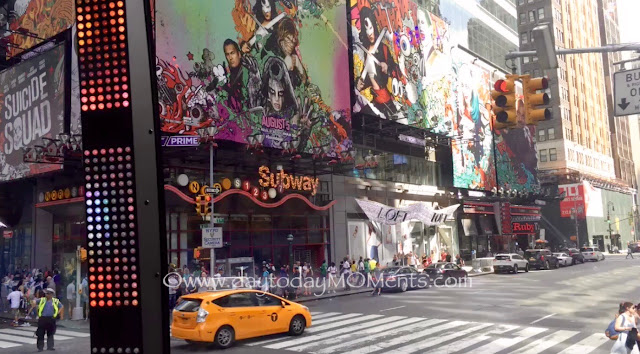 view from inside
People are seated in stadium style seating facing one side of the bus where everyone has a good view.  Just don't sit children on the first row, as the black boarders on the bus will block their views.  The Ride is loaded with audio, video and wireless technology making the interactive experience with performers and people passing by possible.  When I'm walking around in Midtown or Times Square I'm usually hurrying through crowds and barely having a chance to look around.  In between performances, The Ride gives riders a good break to get away from the crowded streets and actually be able to look up and around at the city. 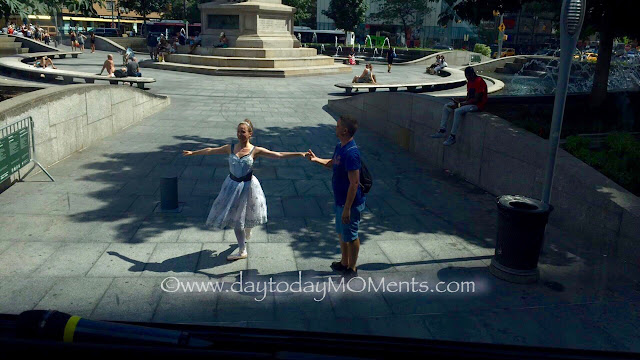 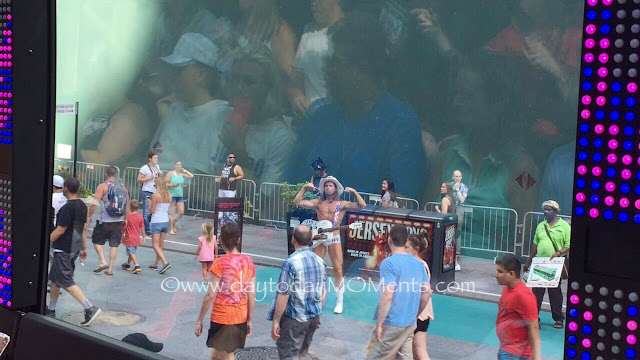 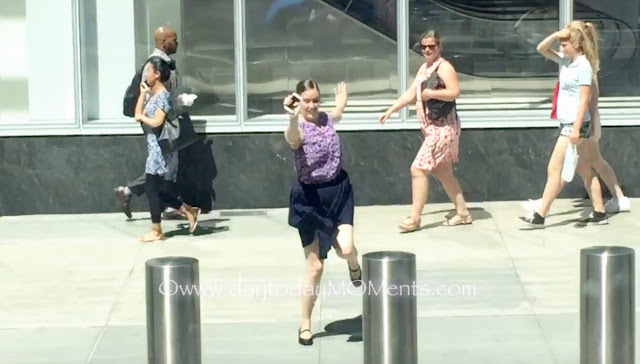 The Ride wasn't all facts and "touristy" it was more of a show and experience that everyone enjoyed.  They do include fun facts about the city, and the whole ride is entertaining and comedic with the two entertaining bus guides on board.  If you book for special occasions with groups, I imagine it to be even more fun as they will probably give you "personalized" treatment.  My little boy who recently turned 8 really enjoyed watching the variety of performers just appear in front of us.  They hide within the New York City crowd until they start to perform and that part makes it exciting.  It is not a cheap attraction by any means but let's face it, nothing is in NYC, specially for tourists.  If you compare and contrast between other sightseeing and tourist to-do's in town, it equals out to be a great one on the list like nothing other.  I think it's not just great for tourists, but for native New Yorkers too.