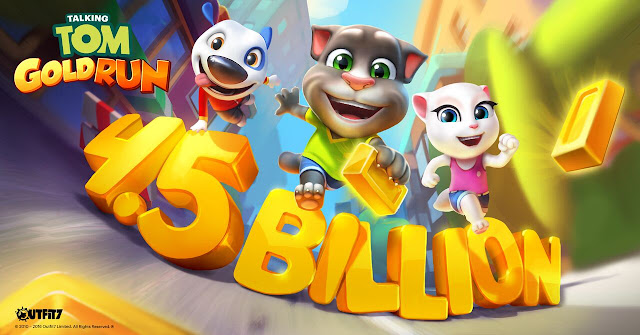 On July 13, 2016 Outfit7, the entertainment company behind the hugely successful Talking Tom and Friends franchise surpassed the 4.5 billion download mark, making it one of the most downloaded app franchises worldwide, and launching Talking Tom Gold Run.  Outfit7’s new “go for the gold” game immerses players in a way that goes above and beyond the routine of a runner mechanic game, giving players a reason to run. Stunning graphics and intricately designed worlds, boosters, and incentives let players experience an ongoing story through the eyes of Talking Tom and the gang.

Talking Tom Gold Run begins with a
robbery, causing the player to run as fast as possible to retrieve the fallen gold bars, dodge obstacles and collect rewards. Each component of the game allows players to ‘Go for the Gold’ as they help Talking Tom and Friends build their dream homes.

The game currently has seven worlds to unlock, including the city, woods and beach. As the completion of each character’s house progresses, new building upgrades, characters and running segments become available. 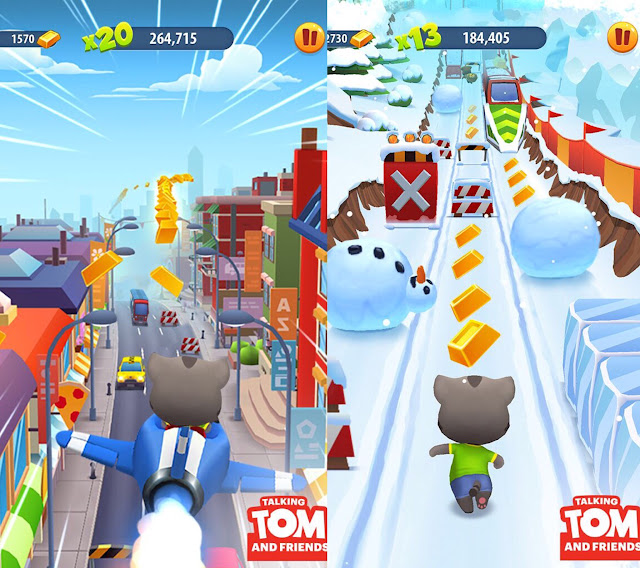 Talking Tom Gold Run is free to download on all major platforms and includes the option for in-app purchases, which range in price.  The app also contains social features, allowing users to connect with friends through Facebook to see high scores. 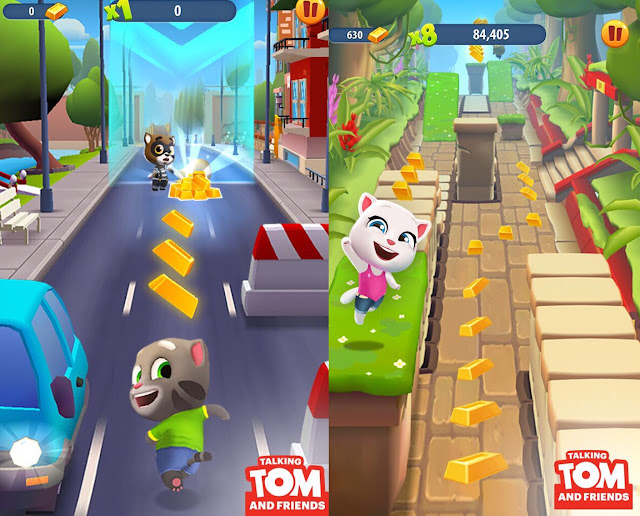 “Talking Tom Gold Run draws the user in with an interactive storyline, top-notch graphics and iconic characters that users have come to know and love,” said Samo Login. “We guarantee the gamer will never get bored with so many unique worlds and segments to unlock.”

About Outfit7 Limited
Outfit7 Limited is one of the fastest-growing multinational family entertainment companies on the planet, best known for its global phenomenon Talking Tom; named by AppAnnie in 2016 as one of the “Most Downloaded Games of All Time” for Android.

Founded in 2009 by entrepreneurs on a mission to bring fun and entertainment to all, Outfit7 has grown from an instant app success into a fully-fledged media franchise. Their highly successful portfolio includes free mobile apps and games, a CGI animated series and web shorts, a global licensing and merchandising program, and a chart-topping sensation on YouTube. The Talking Tom and Friends apps have 4.5 billion downloads since launch, and over 250M active monthly users.

Outfit7’s family-friendly apps are certified by PRIVO, an FTC approved COPPA safe harbor program, and in 2015, the My Talking Angela app was awarded both the National Parenting Center’s Seal of Approval and the Privacyseal. For more information, visit Outfit7.com, or learn more about the brand’s animated series at TalkingTomandFriends.com or on the Talking Tom and Friends YouTube Channel.