*I received the item/s for the purpose of review.  No other compensation was provided.  All opinions are a 100% my own. 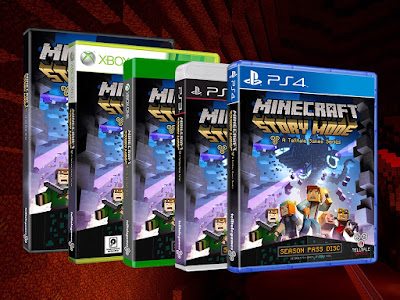 I think whether your child is old enough to actually play Minecraft or not, almost every household has a Minecraft fan in their home.  I know all of my nephews and nieces are fans along with my two kids.  They become a fan with all the Minecraft gear, toys and videos online.  My oldest is finally old enough to enjoy the actual game.  Come to find out, Minecraft can be used to be quite educational.  Minecraft: Story Mode is different from the Minecraft game you might be familiar with, it allows the player to create their own story as they go. 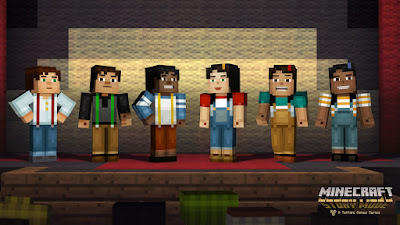 Since we haven't actually played the original version of the game, our perspective is from a beginner.  We liked the game, and thought it was so much fun.  I like to incorporate learning into everything, so I was really happy for the opportunity for my son to do lots of reading.  In the Minecraft Story Mode game, players get to craft their own story, the game allows you to choose paths and make decisions along the adventure like game keeping players totally engaged. 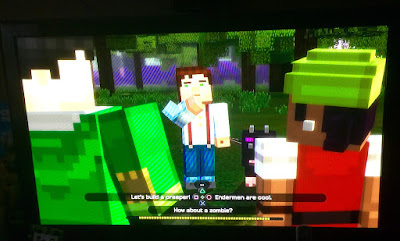 I think  it's a game that will absolutely excite all Minecraft fans.  Telltale Games Minecraft - Story Mode would be a great gift under the tree as a family friendly game, or maybe even a fun stocking stuffer.  The game has five episodic series that set in the world of Minecraft, but introduces fun new characters in familiar themes, all while allowing players to build an entirely original Minecraft experience inspired by the game.  My son liked making decisions and being a part of the outcome of the game in a unique way. 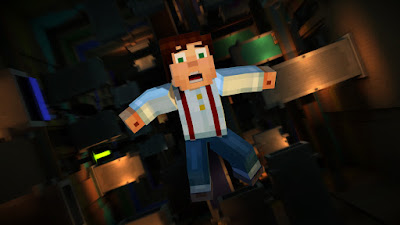 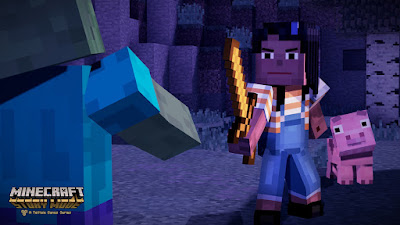 ENTER TO WIN PC STEAM CODE BELOW!
a Rafflecopter giveaway