A Note that's Worth a Thousand Smiles! #homeschool

I have been homeschooling my son for the past year.  He is doing very well, amazing me with all that he can do.  Considering how easy going our days are, I am extremely proud of how much he has learned so far.  He continues to impress me with everything he does.

We don't have a strict schedule, but one of the times we are consistent with is when my daughter is down for her nap.  I have him do a few pages out of one of his workbooks.  Yesterday while my baby girl was napping, I told him to quietly do any page.  He didn't seem so happy, so he brought a paper over to me and started to write. 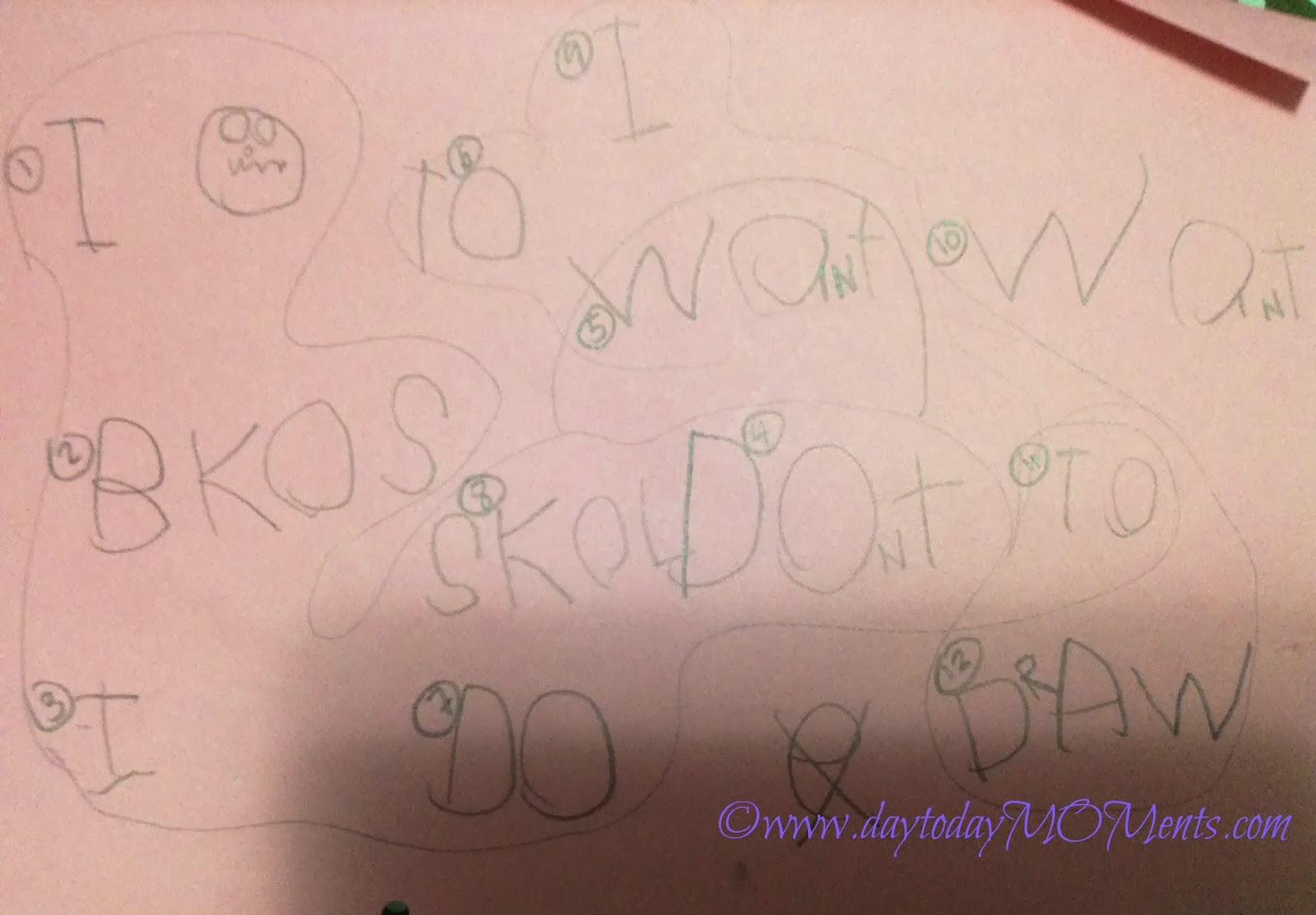 He was writing instead of speaking because his baby sister had just fell asleep and he didn't want her to wake.  What a sweet big brother moment.  He started writing one word at a time as I followed along.  He would write one word and look up, and then another, making sure I understood him.  He wrote all over the page, once his message was understood - I numbered them in the order that he wrote it.
"I :( bkos I dont wont to do skol I wont to draw"
This has to be the second time he has wrote a message to me, just a few weeks ago he could barely read and here we are spelling out words - expressing his feelings on paper so his sister wont wake up.  If you are wondering, after this note, he was allowed to draw.  Little does he know, that's something I want him to do anyway.  It's easily considered "art" class! ;)

This is truly a MOMent I will cherish forever.