Try Something New to Eat- The Cactus Pear 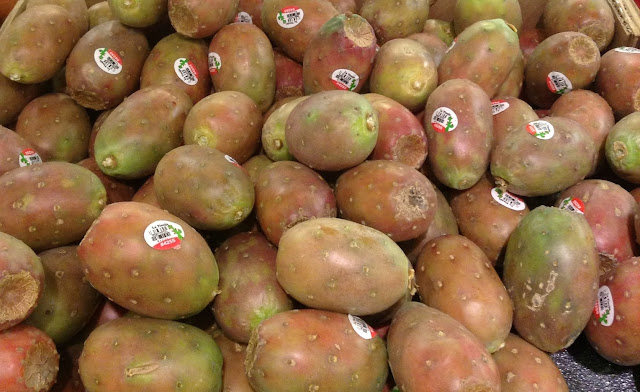 My family and I have gotten into the habit and interest in trying a new fruit or vegetable every week in the past few months.  The latest fruit we have tried is the cactus pear.  My son was the one drawn to it, and wanted to give it a try. 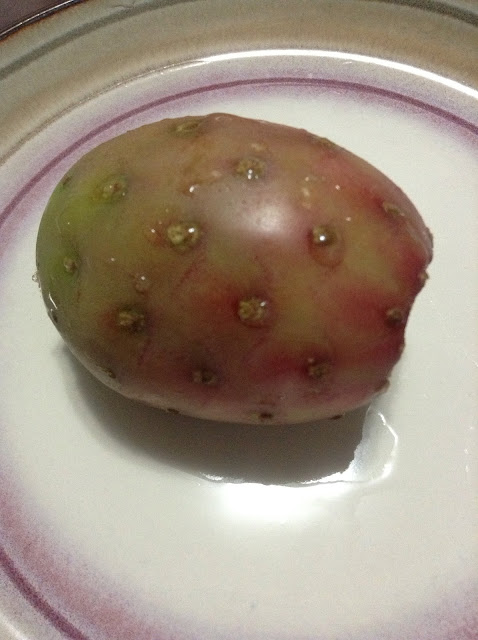 We are not one to shy away from trying a new fruit by it's appearance as you know from my Durian post, the stranger the fruit looks the more we're interested.  I have never tried the cactus pear, nor have I seen it in stores before so we bought two to try. 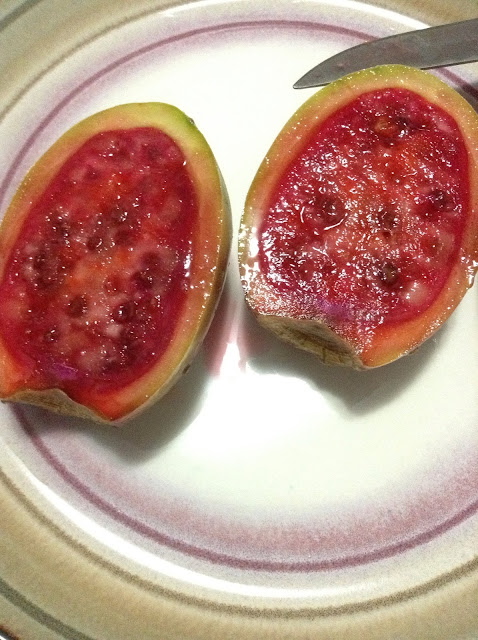 I cut it open to reveal a soft bright inside with many hard little black seeds. 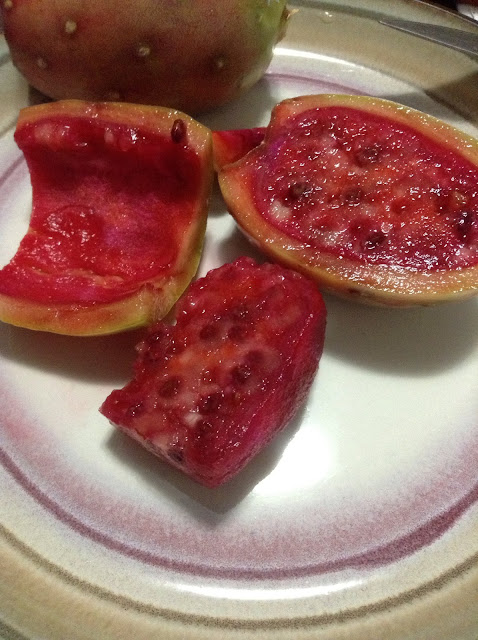 The outside peel came off real easy once both sides were cut as you can see above.  The seeds weren't one that I could bite into even if I wanted to eat it, but the red flesh was delicious.  Similar to a watermelon but even more "fine" in the sense that it simply melts away in your mouth.  It wasn't an easy fruit to eat since the seeds are all over the fruit, but one that you could definitely squeeze the juice out of easily to drink.  The taste was sweet and refreshing, if it wasn't for the many hard seeds I'd say it would become my favorite fruit but the seeds were overwhelming to eat.  My husband, my son, and even my baby girl tried it, and liked it.  I don't know the facts about this fruit but I did read that it may aid in treating diabetes and high cholesterol, love learning about new food and it's possible benefits. Unlike the Durian, I recommend giving the cactus pear a try if you ever see it in stores.