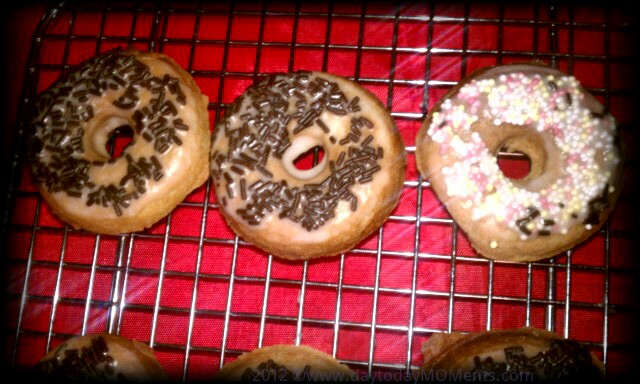 Found an awesome recipe from http://www.cybelepascal.com/gluten-free-vegan-baked-cake-donuts/ and adapted a little to work with what I had in my pantry.  In the original, you will need:

I didn't have ground cinnamon, and ground nutmeg so I just left it out.  I used hemp milk instead of rice milk, which I think works if you use any kind of milk of your choice.  For the instructions I followed everything she said to do on her post that I linked above up until for the baking part, I just used my "mini donut maker" that made things so much easier and faster!

The donuts came out great, and best part of it all, my son can have donuts!  I was not surprised, because I love love her recipes, her recipes have been the answer to all my baking troubles as a food allergy mom. 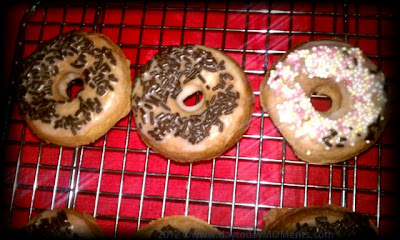 My son had been asking me for donuts for a while so when I ran into a donut making machine while out shopping, and just had to buy it.  I had been eyeing Cybele's recipe for baking donuts that I had been wanting to try.  Was always thinking how I needed to buy the donut baking tray, but found an even easier option.  Here's what I bought at Walmart.  There are so many of it's kind out there, and I'm glad to tell you it works great. 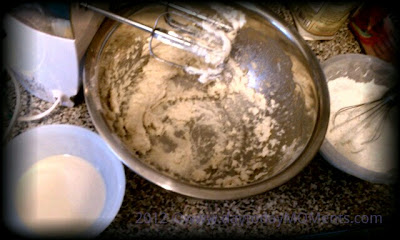 I used my simple hand mixer, it all must have took less than 30 min. to make!  My son kept dipping his fingers to eat the batter, and insisted I try it, it actually tasted good. :) 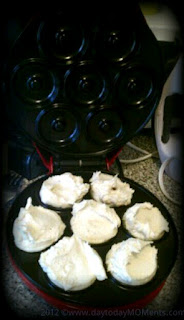 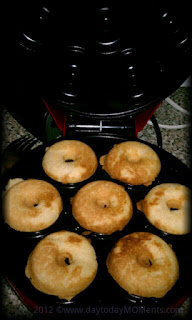 Super easy to make, you place the batter into the little cups (if you try it yourself, put less than I did on the left picture, that was my first batch- I over filled it.) Decorating is as fun as mixing it all up with my son, probably a little more fun.  If you can keep everyone from eating it as is- warm, you'll love it as much after it is all decorated.
Although I did find out after all this, that when my son was asking for donuts, he was actually asking for pretzels.  He pointed it out while we were out in downtown Manhattan when he pointed to a pretzel stand, and said "that's the pretzels I want next time mommy."  I guess I have another goal now.  ;)