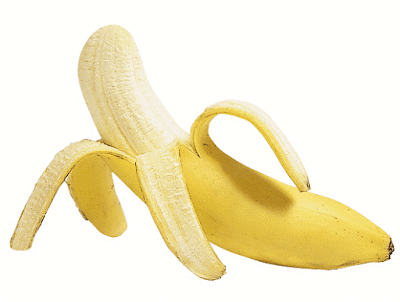 It has been about two weeks since my son had bananas for the first time since October 2009.  He has been clear from reactions..so far, and that makes us so happy.  When he was a few months old, I used to let him hold a banana, and let him attempt to eat it.  I used to feed him mashed up bananas, but he never fully loved it.  I occasionally offered it to him, although he still didn't like it too much.  He did use to eat it, and at this time I pretty much knew nothing about food allergies so I insisted he learn to eat it by offering it to him often.  Not too long after, I learned about his food allergies when he had an Anaphylactic reaction to the first solid meal I made for him at six months.  Bananas were not on the list of his allergies.

In October 2009, at the end of a FAAN Walk for Food Allergy he had a reaction to bananas.  They had bananas, apples, and other food offered to walkers.  The easiest food I could think of was the banana for my little walker.  He carried it around, nibbled on it, until I noticed all around his mouth he got hives.  I wiped his mouth, initially assuming it was just the peel of the banana that had touched something he was allergic to.  His hives didn't go away, in fact his face slowly got hives.  I gave him Benadryl right away, and he cleared up in no time.  Luckily this was after we had participated in the walk, and were already in process of heading home.

The day after I was still in shock that the banana had caused the hives, so I had to test it out again to confirm.  I gave him another little bit the next day to see if he would react, and he did!  I wouldn't recommend testing like this to anyone, I only did because he was totally OK from what I could tell with bananas previous times.  I really didn't want to take away bananas from the list of foods he CAN have, so I tested again the day after..and it happened again! :(  After that we didn't buy bananas anymore, was so sad to eliminate that.

We went so long cringing while watching movies with bananas, reading books with bananas, cringing with every mention of bananas.  Looking through picture books to try to find books with pictures of food he CAN have rather than can't.  Being quick to tell our son how he is allergic to bananas at every interest he expressed, and at three years old, he knew like any toddler what a "nana" was but also knew he was allergic to it.

After all this time, something, something kept telling me to try banana again.  His IgE levels show that he is allergic to bananas, but according to it he also should stay away from soy, tomato, and a few others.  I know very well that the IgE levels doesn't determine how allergic a person is to a food.  I also know that it also could mean exactly what it shows.  True answer is in how a person reacts when in any contact with the food.  So, again why did I try it?  I really don't know...  I know 'I' was the one that put that on his allergy list, and with a wish of him being OK with it, I decided to try it out.  Also I did speak about my thoughts and my sons allergist did approve...

I skin tested him, at home, again NOT recommended as many allergies are VERY serious including many of my sons.  I skin tested three days in a row, with no reaction, I gave him a tiny piece to try, with no reaction.  Waited about a half an hour, then another little piece, and so on.  Nothing..no reaction!
The trials continued for a few days extending the size of the little taste, and wait time until I could start to get excited about it.  It has been about two weeks, and he doesn't absolutely love bananas, but he can have it now.  That means I can bake with bananas, banana smoothies, banana picture books, talk about monkeys & bananas, say how the letter "B" can spell banana...etc.
So NOW I can be excited about it, I have kept to myself not mentioning it to anyone but...

My son can have bananas! :D

Also many that don't know about my sons allergies, or care to learn more, are quick to assume that his allergies are improving.  While one could say "hey he could have that now so..." it isn't the case, sadly.  His allergies besides 'this' hasn't improved at all.  I don't like false hope, I like to learn to live with, and be surprised by good if it happens.  I wish for many others around us to accept it and learn more instead of waiting for the day I say "hey so he doesn't have food allergies anymore."

This is so exciting and a day I didn't imagine would come, so please excuse all the bananas all over, my way of celebrating!! :D
Posted by day to day MOMents